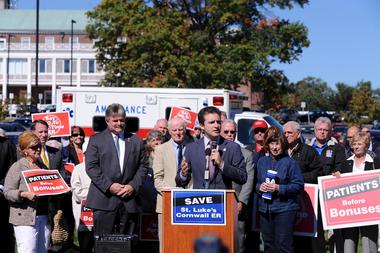 The hot pink lawn signs Women for Schmitt baffle me.  Most women I know want their candidate to demonstrate he is for THEM.

Matt Rettig is that candidate.  He’s pledged to carry on the work of his predecessor, James Skoufis, and support legislation such as the Contraceptive Coverage Act; Pay Equity; Victims of Violence Act; and the complete Reproductive Health Act. He will not block this legislation like the Republicans have done.

Matt wants legislation that secures women’s rights and makes NY a more compassionate state for our seniors, daughters and granddaughters.

Matt is FOR women who work for small businesses but don’t have legal protections from sexual harassment;  for changing  NY law to allow those woman to recover legal fees;  for protecting  victims of sex trafficking from being protected for prostitution.

Matt is FOR women and wants to ensure that working mothers are paid the same salaries as men with children. He wants to prevent realtors and landlords from discriminating against victims of domestic violence.  Matt trusts women to make their own decisions about reproductive health care. He will fights for women to have access to contraception in insurance plans that also cover Viagra.

When electing our next Assemblyman, women should consider Matt Rettig. He demonstrates through his positions and actions that he is the only candidate who is truly FOR women ilies would not be able to make the decisions they want around hospice, pain medication, removing a patient from life support.

The personhood movement is radical. People who support it are out of touch with women and families.

Women in New York do not need an extremist making decisions for them.  Colin Schmitt is wrong for women. He’s wrong for our district and he’s wrong for NY. 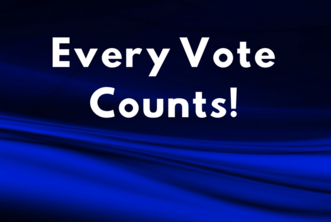 Rettig is Right on Women's Issues

Colin Schmitt’s has no place making decisions affecting the lives of women.  I was disappointed to see Colin proudly welcome the support of the Right to Life, a group that endorses candidates who promise to fight for their radical agenda.

Women  can’t afford an Assemblyman who supports legislation that defines life from the second a sperm fertilizes an egg.  If we elect people who support this definition of personhood, we can say goodbye to women’s rights to make their own reproductive decisions.

Colin’s support for this view  places him out of the mainstream.

Personhood laws mean that medical professionals would have to withhold care until a patient's life is truly in danger. If they accidentally do something seen as causing the death of an embryo or fetus, it  could be considered manslaughter.  Women who need life saving treatments would have no more rights to care than her fetus. A smoker could be charged with harming the health of a fetus.  Certain forms of contraception would be illegal. In vitro fertilization could also be banned because not every embryo created survives the implantation process, and unused embryos are often destroyed. End-of-life care would be limited and patients and their families would not be able to make the decisions they want around hospice, pain medication, removing a patient from life support.

WOODBURY WILL VOTE FOR 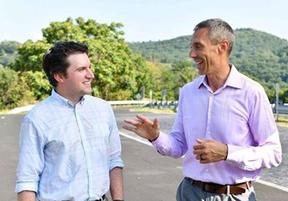 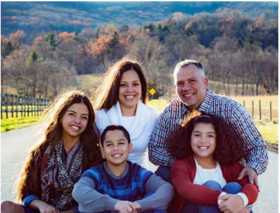 Elect Hernandez and Leandry Village Board of Trustees

A Message from Sarita Bhandakar

I’m running for Assembly because residents of the Hudson Valley deserve a real advocate in Albany.
​
In the Assembly I pledge to stand up against special interests, and fight for a fair shake for our neighbors who need lower taxes, affordable health care coverage, help with the opioid crisis, and better public schools.
​

I'm an attorney, a small business owner, and a first generation American. I've been standing up for what's right all my life; now, I'm ready to stand up where it matters most.

In her first term on the Town Board, Jackie proved that public service does not have to be political. She provides her constituents unprecedented access to government decisions. Jackie gives people choices on important issues.

Juana's experience in business and in health care gives a voice to families many of whom are anxious and struggling as a result of current conditions.

Below: Rettig and Skoufis stand with survivors of child violence at Press Conference calling for passage of legislation. 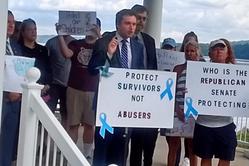 The stakes couldn't be higher. Over the past couple of years, America has been brought to its knees.

But through each crisis, Democratic leadership in NY has met the big issues head on and steered us through.

It matters who we elect. Whether it's health care; gun violence; civil rights; protecting the out of work during covid; the environment; or education; we need to elect Democratic leaders who will put people first. We need public servants with conscience, ethics and values.

Help to elect Democrats in 2020. Let's work together to fix the problems facing our nation.

Volunteer with the Democratic Committee
Run for office.

This November residents have the opportunity to choose a direction for Woodbury by electing 2 Village Trustees.Help shape that future.

Don't sit on the sidelines! ​