WOODBURY - The cost of having two governing boards for virtually the same territory in Woodbury has just gone up a bit.

The $10.1 million budget the Village Board adopted this month includes raises for the mayor and trustees, narrowing a large gap between what they and their counterparts on the Town Board earn.

Coming on the heels of two up-and-down changes in the town supervisor’s salary, the village pay increases will bring the combined salaries of the 10 people on those two boards to more than $160,000  ​ ....

Under the terms of the order, “Each local government entity which has a police agency must convene the head of the police department and stakeholders in the community to (1) perform a comprehensive review of current police force deployments, strategies, policies, procedures, and practices, and (2) develop a plan to improve such deployments, strategies, policies, procedures, and practices, for the purposes of addressing the particular needs of the communities served by such police agency and promote community engagement to foster trust, fairness, and legitimacy, and to address any racial bias and disproportionate policing of communities of color. Such plan must be adopted by the governing board by April 1, 2021.”

Cities and villages throughout New York State are taking action to improve justice and equity in their communities and comply with Executive Order 203 on police policies and practices. The New York Conference of Mayors has developed the Police Reform and Reinvention webpage to provide members with additional tools and information on this subject matter.

For this process to work and for our system of policing to become more just, it is imperative that these local committees get populated with the right people and that the right people testify at the public hearings.  If this is an issue that interests you, our goal is to identify people in each and every community in the Hudson Valley to serve on these boards.

a) become activists/advocates and help recruit stakeholders in our community. These stakeholders are identified as people who are most affected by poor police policy. (minorities, LGBTQ, immigrants, etc.).

b) keep the public informed, educated, and encouraged to participate. The public may not be aware that this is happening now. 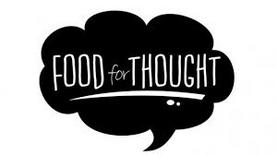 Pay a Fair Wage! But Does Woodbury Need Ten? 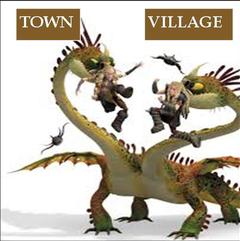 What's on Your Mind?

Do you think Trump should have attended John Lewis' funeral?

Do you think Black Lives Matter supporters should be characterized as terrorists and anarchists?

Do you agree that armed members of the military should not sent by the Federal government to cities when local police have not invited them?

Do you agree with the House Democrats' proposal to keep the $600 benefit in place through January?

Do you disagree that emergency funding in the new Coronavirus relief bill from Senate Republicans should be for schools that plan to physically reopen and provide some kind of in-person instruction?

Do you disagree with Trump's plan to withdraw nearly 12,000 troops from Germany, a decision that has attracted bipartisan congressional opposition and roiled key allies who see the move as a blow to NATO?

Do you agree that the environmental rollbacks jeopardize the health of our planet?

Do you think Trump's tweets stir fear and divisiveness?

Do you disagree with Trump's suggestion to delay Election Day?